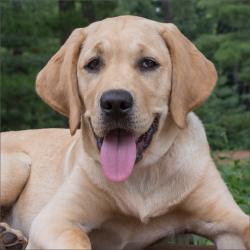 Peggy presented for evaluation of stranguria and inappropriate urination. The owners obtained Peggy at 10 weeks of age. The owners chose her because she was mild-mannered. She adjusted well to her home, and the owners were impressed with how quickly she became house-trained. She was up-to-date on all her vaccines and on flea/tick and heartworm preventive. She had been eating a puppy food formulated for large breeds that the owners bought at their local pet store. The owners expressed concern that Peggy had been recently displaying inappropriate urination and straining to urinate.

Peggy was quiet for a young Labrador retriever, but she was alert and responsive. Her temperature, pulse, and respiration were normal. She was slightly small in stature for her age and breed but had a good body condition score. The rest of the physical examination was unremarkable.

Ammonium biurate crystals are seen most commonly in dogs with acquired or congenital portal vascular abnormalities with liver dysfunction and can also be seen in some breeds because of an inherited defect in urate transport.1

Peggy’s urine was well concentrated with a urine specific gravity of 1.037. Minimal red blood cells and white blood cells and no bacteria were detected on the urine sediment examination. 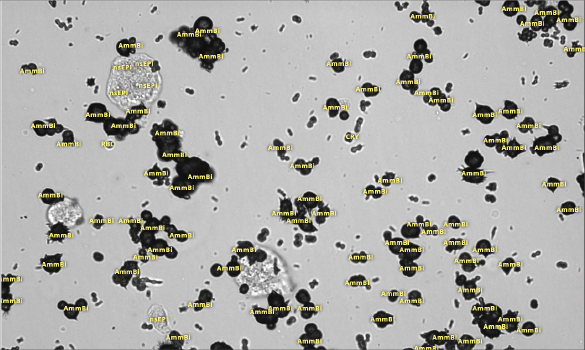 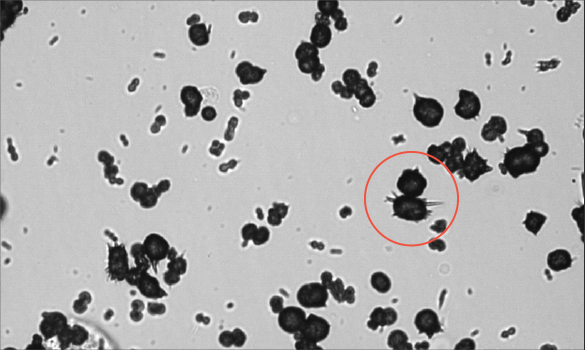 The UPC ratio showed no significant proteinuria, and the urine culture was negative.

Peggy’s Catalyst Bile Acids were found to be significantly elevated at both time points, solidifying the concern for hepatobiliary disease

The elevated bile acids led to a concern for hepatic dysfunction and prompted a referral to a specialty hospital for additional evaluation. At the time of the referral, a complete blood count (CBC) and chemistry panel were performed on a ProCyte Dx Hematology Analyzer and Catalyst One Chemistry Analyzer. Several findings on Peggy’s CBC and chemistry panel were suggestive of hepatic dysfunction, including a decreased mean cell volume (MCV) and low normal blood urea nitrogen (BUN) and cholesterol. An abdominal ultrasound revealed a subjectively small liver and an anomalous vessel consistent with an intrahepatic portosystemic shunt. Additionally, uroliths were noted in the urinary bladder.

A few weeks later, Peggy had surgery and an ameroid constrictor was placed around a single intrahepatic shunt, allowing for gradual occlusion of the shunt. A liver biopsy was also performed at surgery. Histopathology revealed moderate arteriolar hyperplasia and mild hepatic vacuolar degeneration, which are findings consistent with portosystemic shunts. Two uroliths were removed from the bladder at the time of surgery, and stone analysis confirmed that they were urate stones.

Peggy recovered well from surgery and was discharged with a good prognosis. 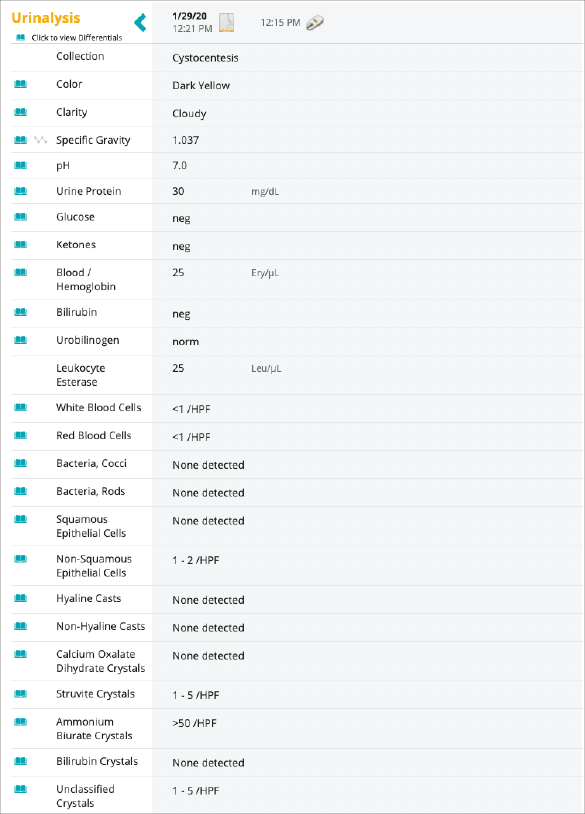 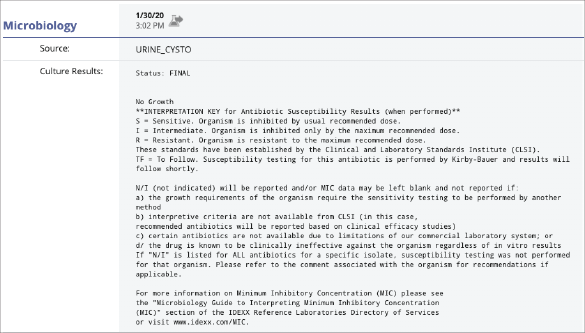 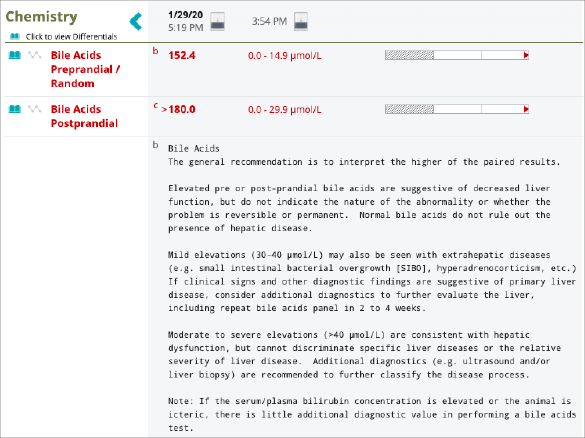 A portosystemic shunt (PSS) is considered the most common congenital abnormality of the liver in dogs and cats.1 The most common clinical signs include neurologic signs, such as pacing, seizures, and random barking as a result of hepatic encephalopathy. Lower urinary signs, as seen in Peggy, are a less common presenting complaint for animals with portosystemic shunts but can be seen in 20%–53% of dogs.2

Peggy’s CBC and chemistry panel revealed subtle abnormalities that are seen in animals with PSS. Microcytosis is seen in over 60% of dogs. The cause of microcytosis is not fully understood but may be due to iron sequestration.3 Decreased synthesis because of liver dysfunction commonly leads to biochemical abnormalities, such as low normal to decreased BUN, cholesterol, albumin, and glucose. Mild to moderate elevations in liver enzymes (ALT, ALKP) are also common findings in animals with PSS,as seen with Peggy.1

Bile acid stimulation testing is the test of choice for evaluating liver function in animals suspected of having PSS.1 Studies have found pre- and postprandial bile acids to be nearly 100% sensitive for detecting PSS in dogs and cats.4 Elevated bile acids concentrations in animals with PSS are due to shunting of reabsorbed bile acids to the systemic circulation.

Peggy’s case highlights that bile acids are an important component of the diagnostic workup when animals present with less common clinical signs or have subtle changes on their minimum database, which could indicate hepatic dysfunction.